Established in the 11th century at a cable’s length from the Mont Saint-Michel, discover the history of Saint-James, a village in Normandy and its eponymous brand.

In the 19th century, the Breton Fisherman Sweater was designed to protect fishermen from the elements during long days and nights at sea. It became the trademark apparel of the garlic merchants, or marchands d’ail, of Brittany. As they braved the English Channel to sell their goods to the United Kingdom, the marchands d’ail were never without their iconic sweaters, which soon earned the nickname of chandail, a shortened version of the merchants’ name. At the helm of the sweater’s creation were the wives of the merchants and fishermen of Brittany. Applying a secret-stitch technique preserved by generations of mothers and daughters, their pullovers surpassed all others, granting warmth and resistance to water and wind.

It was in Saint-James, a town in Normandy established by William the Conqueror in the 11th century and renowned for its extensive weaving and draping traditions, where the women acquired their yarns. In Saint-James, circa 1850, the Legallais family’s spinning plant, Les Filatures de Saint-James, began producing the yarn for the fisherman sweater, fostering its popularity and transforming this regional expertise into a successful industry. To this day, the Saint James atelier and factory is still located in the small village of Saint James, (population: 3000) about 20 kilometers from Mont-Saint-Michel.

Saint-James has remained true to its hallmark for over 150 years, producing the highest quality nautical-inspired silhouettes. To this date, Saint James still purveys the French Navy and the French Army (La Marine française et l’Armée de Terre) with their official uniform sweaters

Saint James is the maker of the authentic nautical Breton shirt in combed cotton jersey that has been part of the official French naval uniform since 1871. According to an old lore from Brittany, the 21 stripes each correspond to a naval victory of Napoleon’s French fleet against the British.

Saint James is also renowned for the side-buttoned Breton Fisherman Sweater that has been traditionally worn by Breton fishermen since the 19th century. Close-knit quality and double-twist wool meant to protect against sudden gusts of wind and be sturdy enough to withstand strenuous work at sea. It is considered the seafarer’s second skin. In France, Saint James is to stripes and all things nautical the absolute reference.

In the 1700’s, French aristocrats began spending the winter season near the Mediterranean in the Southeast of France. In the following decades, this trend spread to refined communities throughout Europe, the local sun providing a warm escape from endless winters.

Our new capsule comprises the made-in-France staples of a perfect and contemporary resort wardrobe. It is an early glimpse into spring that embodies our values: simplicity with an attention to detail, outstanding quality served by our ancestral savoir faire, an appreciation of beauty, and a firm anchoring in our geographic and historic origins: the Bay of Mont Saint-Michel. 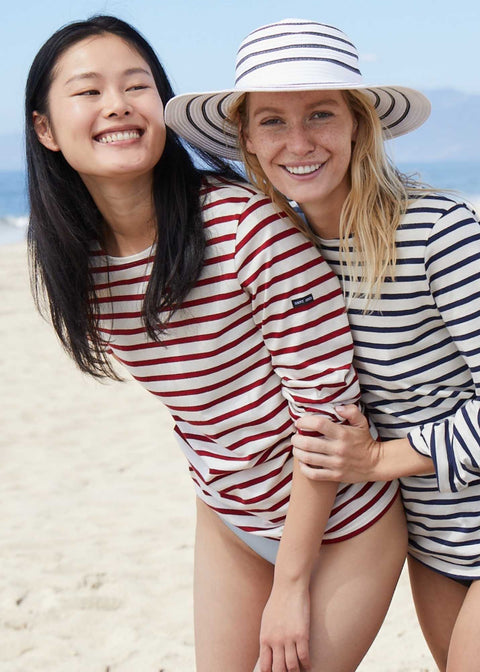 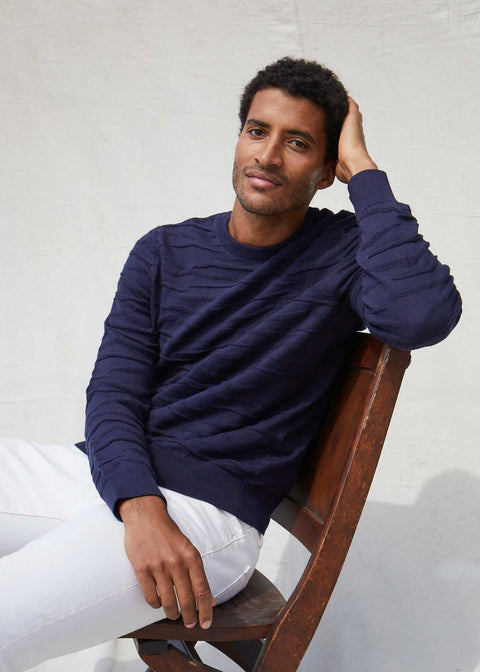 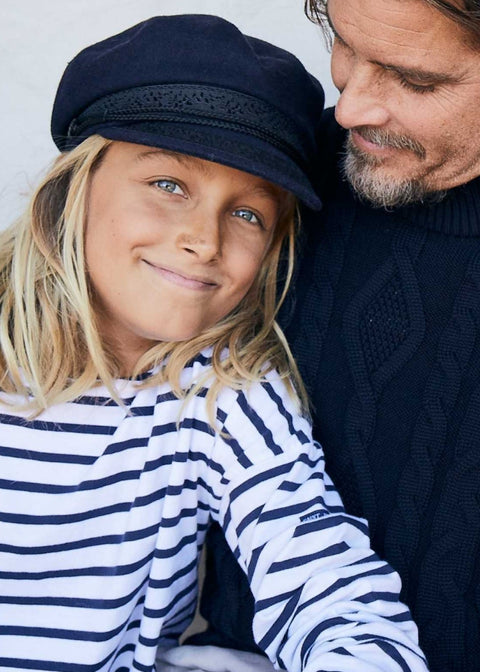 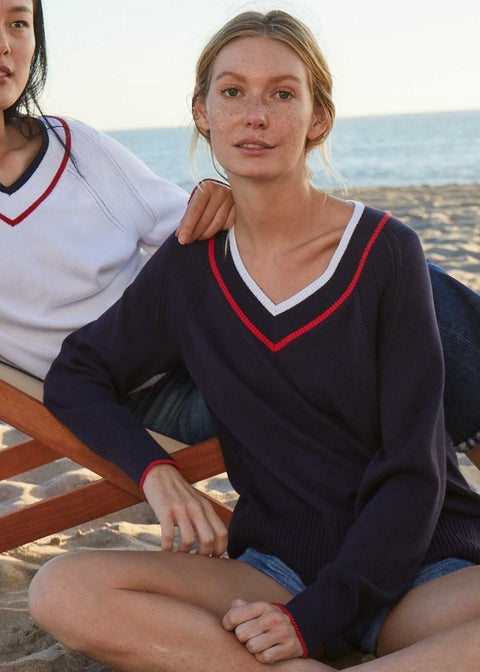